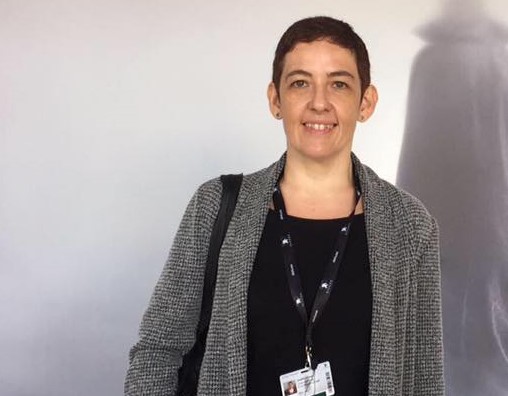 Degree in Audiovisual Communication (UAB), works as a freelance journalist and film disseminator
dynamizing cinephorums and teaching film history classes at Casa Elizalde. She has written film reviews for several media, such as Elcinèfil.cat, Mataró Radio, Nube and the magazine Renacuajo. She is a promoter of the Colectivo Hotel Eléctrico that organizes the Film Market of Mataró.

She has collaborated in the organization of the Film Festival of New Filmmakers also in Mataró. Be part of the Board of the Catalan Association of the Film Critics and Writers (ACCEC). As a journalist, she collaborates with La Vanguardia Digital, Vía Emprendida and Valores, and also works as a freelance communication consultant.