This is a short horror film set in present-day Moscow. The short film follows 16 year-old Pyotr as he is baited over a dating app by an ultra-nationalist group known for their violent abductions, bolstered by Russia’s recent passing of an anti-LGBT propaganda law, but Pyotr has a dangerous secret… 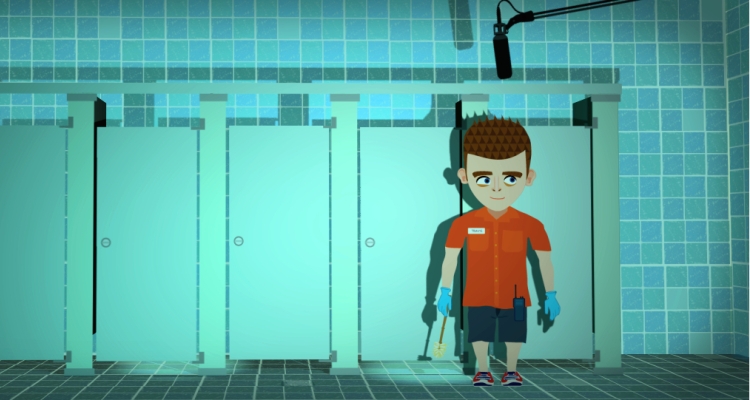 As the night cleaner in Canada’s busiest gay bathhouse, Travis, with good humour he shyly takes us on an amusing and sometimes harrowing tour through his nightly duties.