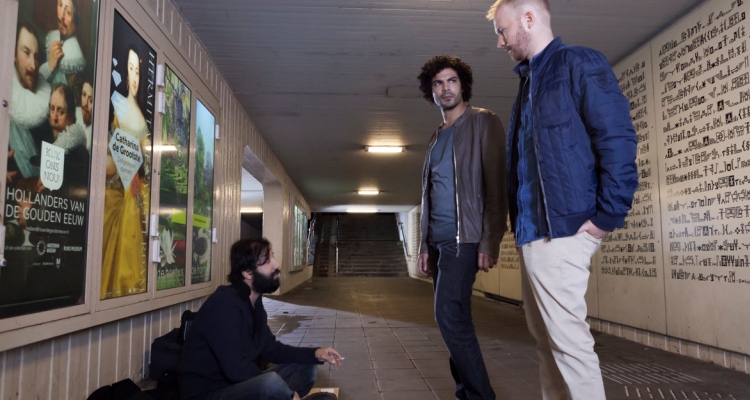 As the Syrian civil war rages, Sami (Noah Valentyn) has fled Damascus and now lives in Amsterdam. He hopes to be able to build a home here and be able to live openly as a gay man. Most of all, he hopes to escape the ghosts of the past that still haunt him. A chance encounter brings him face to face with Johan (Daan Colijn): A self-assured, direct and sensual man. Over the course of a night, some unsettling secrets are revealed that will make both men confront some harsh truths about the very different worlds they come from.