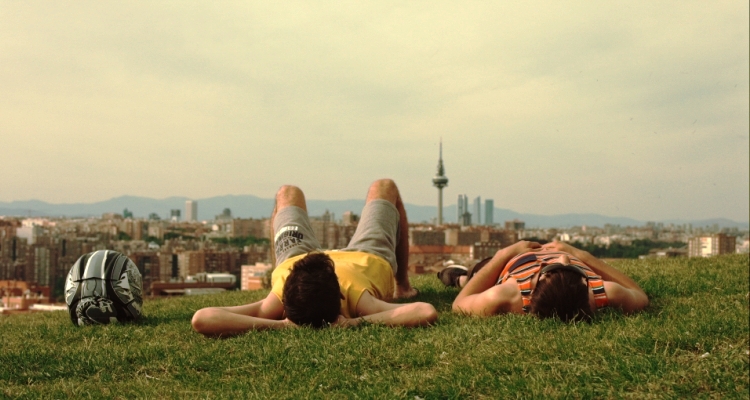 Santi and Jota are two neighbourhood friends forever. Like many others, they don’t study nor work, and they live their lives by getting drunk in the park, going to Nightclubs, and talking about which of their girl friends is hotter. But Jota is worried about something else. Oppressed by the heat of August, Santi is decided to make him talk, and in order to persuade him, has worked out an infallible plan.