In order to celebrate the present 15th anniversary, we have invited filmmakers, actors and some other professionals from Canada, Israel, India, France, Denmark, United States and Italy who will present themselves their latest films. This year, our guest country is Mexico.

The short and feature films programmed from Latin America are some examples of independent cinema, and in the case of the Cuban film, some official institutions, such as the ICAIC, and in the Mexican film, IMCINE are participating as well. This means that the film production is having less governmental links and where creativity may overcome the budgets. In the end, this is a lesson that changes the policy of institutional economic aids for film production.

Please enjoy yourselves another year of an accurate film selection in which you will find more than 50 titles offered in the most provoking programme scheduled in this 15th edition of The Barcelona International Gay and Lesbian Film Festival. 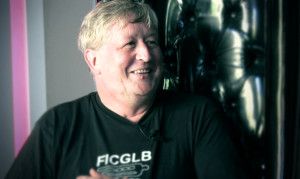