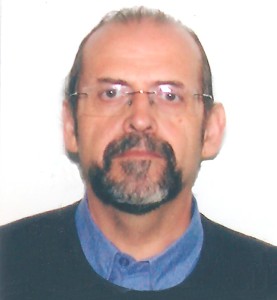 His work consists mainly of cinema movies and an extensive list of videos, and we would like to bring out the short film “Absent viewers” which was started being shot for the opening day of the Fantastic Film Festival in Sitges, and it was presented in the closing night. With “The Piece” happened that for the first time a short film had both cinematographic and videographic texture. The research of visual language has been a constant in his 35mm shorts as a filmdirector or a producer.

His teaching dedication has led him to have a great interest in spreading audiovisual language. He began in 1981 directing a cinema set at the Children and Youth Festival held in Barcelona, and several workshops: Video8 workshop for the Week of Colou Cinema, videocam workshops for Film Festival in Sitges from 2009 to 2011. And in 2013 he directed a 3D workshop in Viladecans.

Throughout his professional career has been a member of jury in many occasions: 8mm/super8mm Film Festival, Visualsound in Video Section, Entrepreneurs FP, 3dfilmusicfest …